Patrice Bégay will be joining us at the beginning of January as Executive Vice President Communication, Development and Marketing of the Talan Group. He will be a member of the Group's Strategy and Executive Committees. 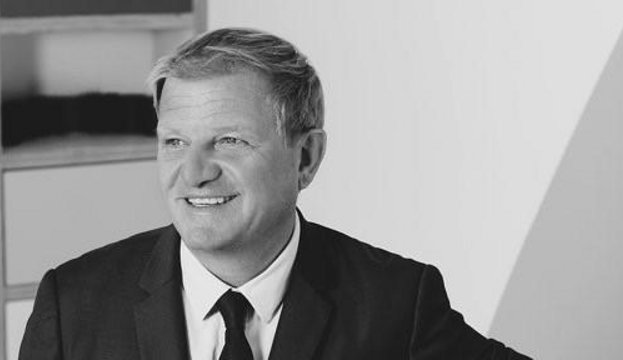 Patrice began his career in 1989 with the Générale des Eaux / Canal Plus group where he participated in the creation of the Eurosport channel. After joining France Telecom in 1992 as Director of Commercial Operations for France Telecom Cable, he became Director of Communications for Wanadoo in 1998, which he helped take public. In 2003, Patrice contributed to the launch of the French carrier Orange and co-led the group's rebranding project. In 2007, he took part in the creation of the international news channel France 24 where he held the position of Managing Director of the commercial subsidiary.

He was then appointed Executive Vice President of Audiovisuel Extérieur. Patrice Bégay implemented a commercial strategy of innovation, diversification of media and languages.

He was appointed member of the Executive Committee of Bpifrance, Director of Communications and Bpifrance Excellence in 2013. He has successfully participated in the creation of several entrepreneurial communities such as the French fab (the new standard of French industry), the French tech (innovation and start up), the Coq vert (which positions bpifrance as the climate’s ‘bank’), the Excellence (the social network of entrepreneurs who innovate and export internationally), the Meneurs (the platform of innovation actors in sports and in all regions), the French care (community for leaders healthcare industry), the Deeptech (researchers who become entrepreneurs through disruptive innovations), to other networks such as Entrepreneurship for All, Women's Entrepreneurship and Youth.

"I am delighted to welcome Patrice to Talan, at an important stage in the life of our Group. For more than 20 years, Talan has never stopped putting innovation and technology at the service of its clients, in order to help them accelerate their transformation. We are counting on Patrice to help us reach a milestone and become recognized as "the" consulting firm in innovation and transformation through technology, able to support its clients in their major strategic transformation projects, both within France as well as internationally. This is the challenge that Patrice has accepted to take up for us and I am very happy today." Medhi Houas CEO Talan Group.

"I am passionate about innovation and transformation through technology and data, such as artificial intelligence, Big Data, CRM, data intelligence, cloud, blockchain, metavers and many other future topics. I am delighted to join the Talan group with Mehdi Houas, its CEO, who embodies the humanist bosses we love, and I will continue to help companies transform and grow in France and internationally. We deeply believe that only a humanistic practice of technology will make the new digital age an era of progress for all," says Patrice Bégay.

My life as a consultant, my assignments at Private Equity Firm, by Lalita Samuhasaneeto